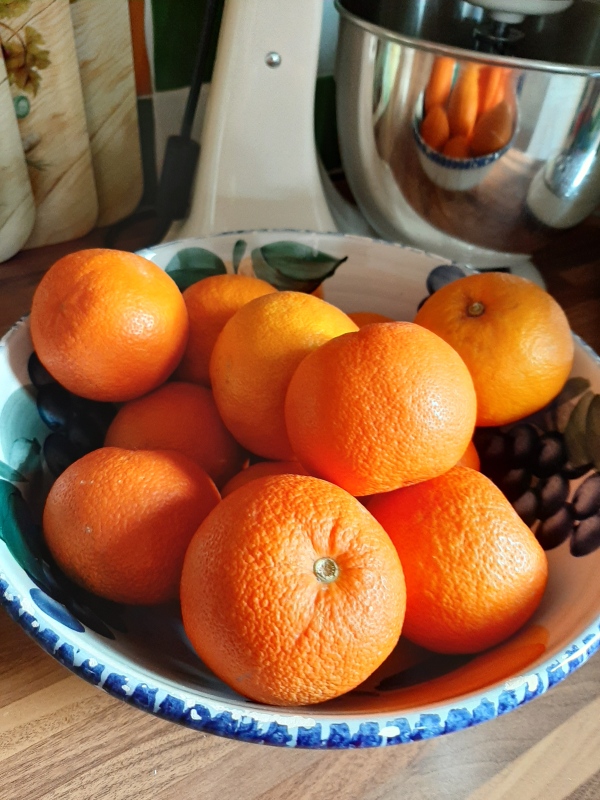 If white is the colour of the first half of January, then by the end of the month it’s given way to orange. I love a bit of purity and minimalism after the richness of Christmas. Early January is a time for snowdrops in tiny vases, nutritious green juices and snow. But after a few weeks I’m ready for a bit of sunshine – even if that is in a jar.

I bagged a bargain box of Seville oranges from a local farm shop to make marmalade but couldn’t resist putting a few aside to make bitter orange pud for our supper. It’s a twist on Nigella’s bitter orange tart. I had a packet of Dorset ginger biscuits left over from Christmas so crunched them up with melted butter to form the base, divided the mix between 5 ramekins, popped the orange curd on top and chilled.

Once I find those muslin squares I put away for a rainy day and today’s snow has lost its virgin sparkle, I’ll be making a few jars of marmalade with spiced rum. Jars of sunshine in the depths of winter. It’s what I crave right now.