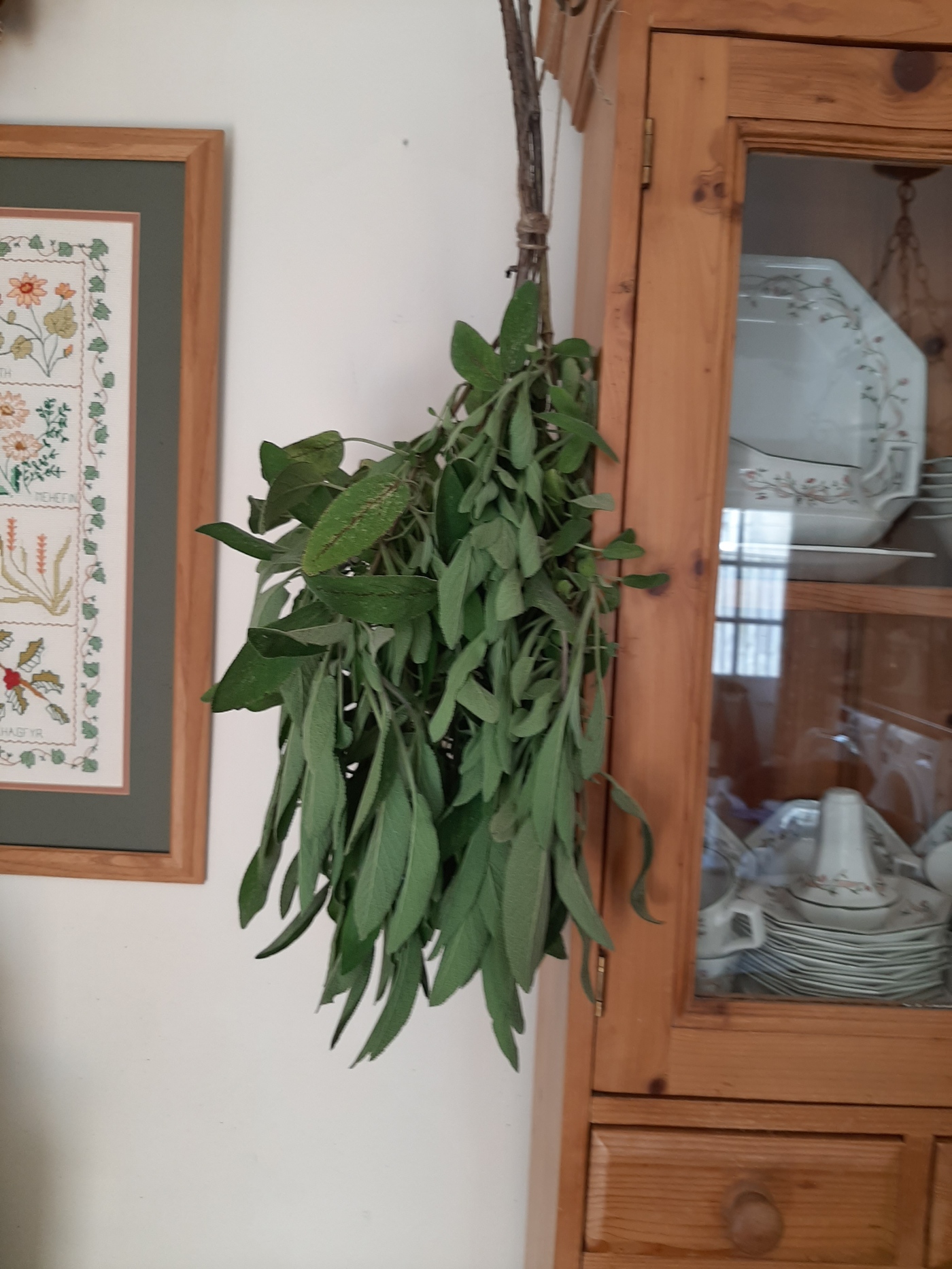 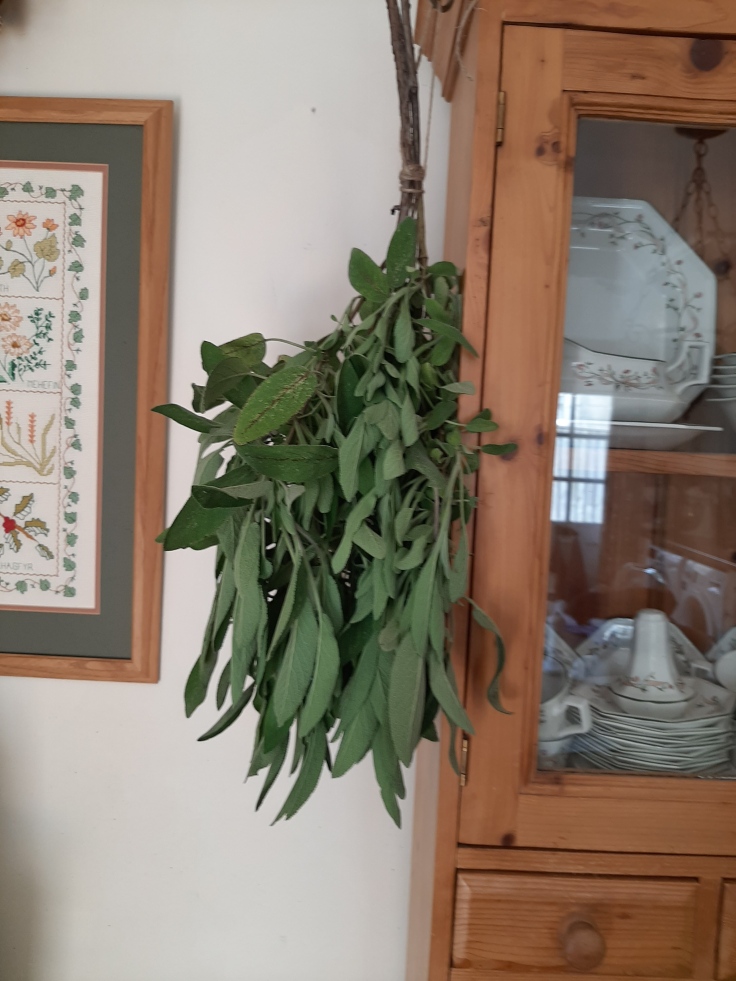 Seven weeks in lockdown hasn’t been that bad. Truly. Yet the lack of a focus for three teens who have had their examinations cancelled and their holiday plans dashed and two parents working flat out from home could possibly stir emotions and make them bubble up periodically. It’s natural.

This morning I cut back a hefty bunch of sage which had been overhanging the garden path and it’s now drying in the kitchen. I think I may do some smudging around the house in the near future.

Before you roll your eyes and think I’ve lost the plot or reverted to my Druidic ancestry there is some science behind this traditional practice of cleansing your home of negative and stagnant energy. It releases negative ions that fight against dust and pollution. Research has also shown that it can clear 94% of bacteria (for up to 24hrs) which is why it’s great to use when you’ve been feeling a little under the weather.

Here’s how. You can buy beautifully packaged but slightly expensive white sage smudging sticks or make your own from cuttings. I’m using garden sage which is not strictly correct as you’ll see from the comments which follow. Artemisia is the plant to use. Bind round the leaves with string so that you have a tight bundle. Gather together a flameproof bowl, matches and the bundle. Open the windows, light the end of your stick and blow out the flame, leaving it smoking gently. Then make your way around your house carrying the sage bundle over the bowl, wafting the smoke into all areas as you progress. You’re  aiming for gentle puffs not thick black fumes that leave your neighbours phoning the fire brigade and all the smoke alarms ringing out.

It works. And no do I look like I would do this when the teens are around to engage in friendly banter about mum’s bonkersness (is that even a word?). First thing in the morning is a golden opportunity. Teenagers in lockdown don’t rise at 6am, unlike their working parents.

This site uses Akismet to reduce spam. Learn how your comment data is processed.